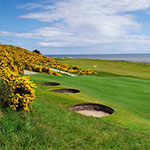 The jewel in the Highland golfing crown is definitely Royal Dornoch Golf Club. Universally rated as being in the world’s top 20 golf courses, Royal Dornoch is unique among the great links of Scotland in that it has never hosted the British Open. Not a reflection of its quality, this is solely because of Dornoch’s remote location. However remote it may be though, this links is a must play course on any golfing trip to Scotland. 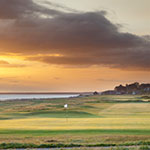 The Nairn Golf Club was founded following a meeting of gentlemen interested in the game of golf in September 1887. Nairn Golf Links has hosted numerous major amateur and professional events but Nairn is probably best known for hosting the Walker Cup of 1999 where the Great Britain and Ireland team scored a rare victory over their American counterparts. 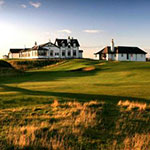 Organized golf started at Aberdeen with the 1780 foundation of the “Society of Golfers at Aberdeen”, an exclusive gathering of just 25 members. Set alongside a picturesque shoreline featuring sweeping sand dunes, Royal Aberdeen is a highly rated traditional links course. 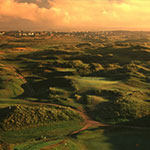 Another links course with origins in the 19th century, Cruden Bay was initially laid out by Old Tom Morris and was revised by Tom Simpson in 1899. Very much a traditional links, offering an abundance of humps, hollows and greens tucked into unimaginable places, golf at Cruden Bay is full of surprises. 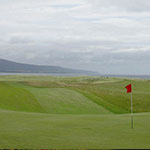 Another of the seemingly infinite number of great Scottish links with roots in the 19th century(,) Brora Golf Club was established in 1891. Located in the Scottish Highlands, close to other great courses like Golspie and Royal Dornoch, the par-69 layout at Brora Golf Club has stood the passing test of time and represents a fair and challenging test of the skills of links golf. 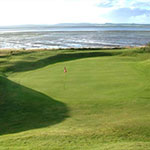 Overlooking the Dornoch Firth, with the sea on one side and the mountains behind, Tain Golf Club boasts one of the finest imaginable settings for a golf course in the Scottish Highlands. A particular feature of the course is the presence of the River Tain, which winds its way like a serpent through the second and closing holes, thus adding an incremental element of challenge and intrigue. 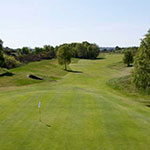 May 24th 1899 was the date that the first ball was struck at Nairn Dunbar by Sir Alexander Dunbar of Boath, who gave his name and as importantly, sixty acres of land to the club. A substantial 6,765 yards from the back tees. Nairn Dunbar continues to enjoy a growing reputation as one of Scotland’s most highly rated championship links courses.