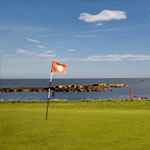 Situated on a magnificent, narrow stretch of coastal terrain, Dunbar East Links presents a combination of links and inland turf and very much follows the natural contours of the coastline. The North Sea in all it glory, is a constant companion throughout, while with the majestic coastline, the Isle of May, Bass Rock and the distant outline of Fife all vying for our attention, the golfer is often distracted from the task at hand.

Measuring 7,034 yards with a par of 71, Muirfield remains one of the finest golf courses in the world. With no trees or water in play, none of its subtleties are disguised and there is only one blind shot – your drive over the ridge at the 11th hole. 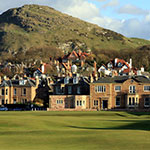 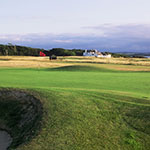 Situated on the southern shores of the Firth of Forth between Aberlady Bay and Gosford Bay, Kilspindie Golf Club offers a classic links layout. Founded in 1867, Kilspindie lays claim to being the 35th oldest golf club in the world, so in playing here, you really are taking a step back into the historical annals of the great game. 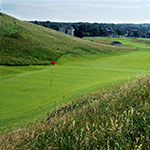 Though little to choose between Gullane No. 1 and No. 2, the former, which was established as an 18-hole layout in 1884, is generally regarded to be the better of the two. And with water hazards and trees absent, as is the norm with links golf, it is left to the gorse, wind, rough, tight fairways, bunkers and well-guarded greens, to ensure the course is a fair but serious challenge.